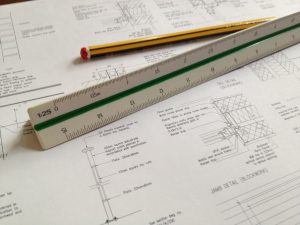 We are aware that not all schemes will require planning permission but we will be able to advise you whether a scheme requires planning permission and request with the local authority’s co-operation. We recommend that an approach is made to the local authority and written confirmation obtained before moving on to the Building Regulation requirements.
This will avoid possible doubt and complications if you were to sell your property at a later date. Alternatively an application for a Certificate of Lawful Development will avoid any doubt, but a fee is chargeable by the authority in this case. 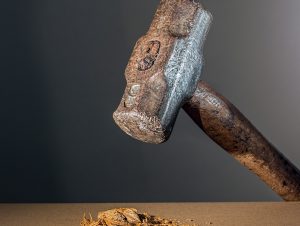 Technology, general building practices and construction techniques are constantly changing. Taking this into consideration, industry standard building regulations (commonly known as “building regs”) highlight the strict rules and regulations that all “building alterations” and “new build developments” have to adhere to.

These standards help to make sure that all building work is safe, with a sizeable effort made to reduce environmental impact as well as accidents on site. At Teem Consult, all approved drawings are prepared with this in mind to meet Local Authority Building Control department requirements. We are also  LABC Registered which helps us speed up the process. A party wall is a shared wall, normally between semi-detached or terraced properties, and which divide the homes of separate owners. Party walls can also include external boundary walls. The Act covering Party Wall legislation does not only deal with Party Walls. The Act also covers associated works such as excavations near Party Walls, new building works at the junction of land owned by different parties and may also involve floors separating different properties (typically found in flats).

The Party Wall etc. Act 1996 is an enabling act, designed to confer rights and responsibilities on parties intending to undertake building works which have the potential to either directly, or indirectly affect a Party Wall.

Typically, in domestic projects, works such as inserting beams into Party Walls (possibly in order to support a loft conversion), excavations within prescribed distances of neighbouring foundations, new building works at the junction of neighbouring properties, basement installations, and certain forms of  damp-proofing works would often require notification under the Party Wall etc. Act 1996.

Although a condition survey is not a requirement of a Party Wall agreement, we would always recommend that such a survey be undertaken prior to works commencing. In the event of damage being caused to the property adjacent to the works during the works phase, there is then a prior record of the condition of the party wall, which can be used to establish changes of condition and associated liability.

Teem Consult have extensive experience in Party Wall matters and would be very happy to advise you if you are either a Building Owner considering undertaking works or are an owner of a property next to proposed building works, and who may have received a Party Wall notice outlining the proposed works.  Our typical remit would comprise:

Our party wall surveyors are all suitably qualified, holding memberships to the Royal Institute of Chartered Surveyors (RICS), the Chartered Institute of Builders (CIOB), the Pyramus & Thisbe Club and the Faculty of Party Wall Surveyors.

Majority of alterations and building works to a property will require building regulation approval and we would be happy to advise further.
We prepare detailed plans and specifications that enable your builder and Building Control to ascertain the full extent of works proposed which will avoid possible confusion and expense later.
At all times Health and Safety is paramount both during construction and in the finished scheme. Building Control will want to know and will check when visiting that the approved drawings and specification of build is being adhered to.

As an independent consultant, we understand the importance of delivering an affordable and reliable service, making sure that the building projects undertaken by our clients fall in strict adherence to building regulations and are successful in obtaining relevant permission from the local authority.

No description. Please update your profile.